There are so many vehicles on the market today that have acronyms and abbreviations as part or all of their names. It can get quite confusing and even a little dizzying. If someone throws the letters ATV, UTV, and SUV at you, probably the most you can figure out by the context of their conversation is that these are all vehicles and all are modes of transportation. However, they are very different modes of transportation, despite their abbreviated/acronym names. To help you learn their differences and tell them apart, the following is provided.

These are more commonly referred to as "four-wheelers" because they have four, all-terrain tires and the drive system controls all four wheels. Yet, these "bikes" are not cars or vehicles in the sense of anything with doors or with an interior. They are much more like heavy duty dirt bikes than anything else. Their tires allow them to go through every kind of terrain, including swamps and rocky hillsides, as though they had tow chains pulling them along. Farmers frequently use ATVs for pulling smaller farm equipment along and helping small trucks and vehicles out of ditches.

If you were to cross an ATV with a golf cart, you would get a UTV. A UTV has an interior "cab" space for two or three passengers up front, and two or three passengers in the seat behind the driver. It also has a short flatbed behind the passenger seat that can easily fit and haul about six to eight paper grocery bags filled with groceries, or any other items you want to haul around back there. While there is a roll bar frame surrounding the "cab," it is generally open to the air unless you purchase the additional "cab" enclosure that sort of turns the UTV into a mini-Jeep. A lot of people use them for outdoor sports, such as hunting and fishing, or off-roading. They can go anywhere an ATV can, with the added benefit of being street-legal so that you can drive them around town.

SUVs, like Ford SUVs or any other make of these vehicles, are fully enclosed vehicles. They are a cross between a car and a truck, minus the flatbed. Most have all-wheel drive like the ATV, but more room for storage and passengers like the UTV. More importantly, you can drive an SUV literally anywhere, including in the city and off-roading, without worrying about tickets. 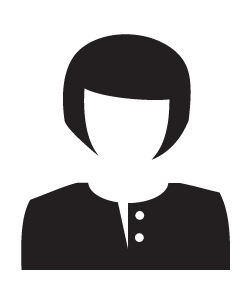 After focusing for so long on saving money on my car, I realized that I needed to work on making a few changes. I had been driving the same old, outdated vehicle for years, and it was really starting to break apart. Friends and family members told me that I needed a vehicle that would really work well, so I started looking for a new vehicle. I did a ton of research to find a car that would work within my budget, and fortunately, I found the perfect solution to my problems. I found a great car, and you can too by checking out this website, learning more about car purchases, and choosing a great ride.